CELEBRATING OUR HISTORY
95 YEARS OF LINGERIE

M&S has been selling lingerie since 1926. From post-war girdles to online bra fitting, discover our journey to becoming the ultimate underwear destination, plus our new Archive Collection 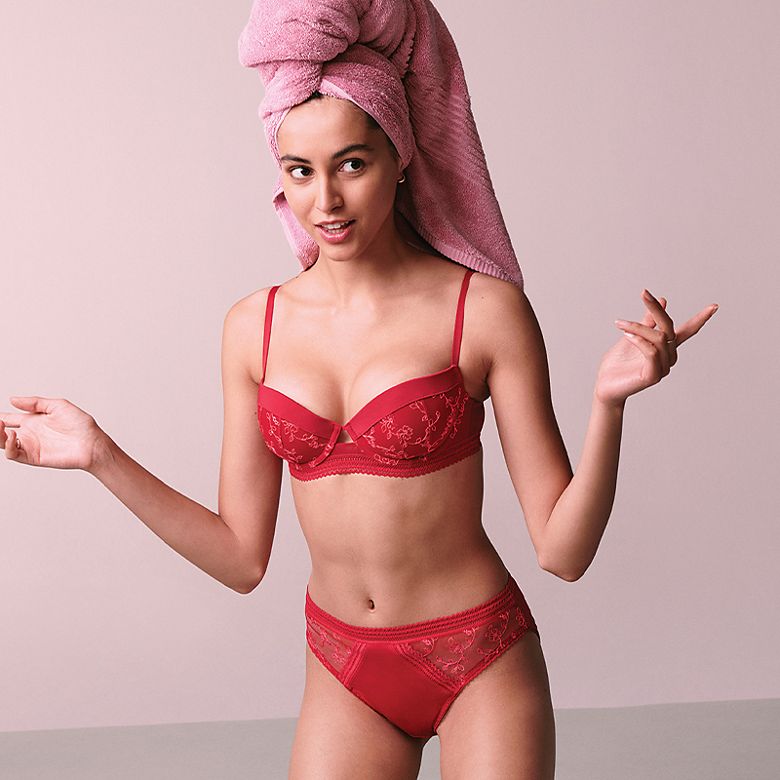 Did you know, one out of every 20 items bought online at M&S is a bra? We also sell more than 70 million pairs of knickers every year, which equates to more than two every second. That’s a lot of underwear.

Rewind 95 years and we’ve come a long way from the launch of our first bra in the midst of the roaring twenties. Back then, women wanted boyish figures and flatter chests to get the glamorous, straight-up-and-down flapper look – a far cry from 2021’s waist-training frenzy to achieve Kim Kardashian’s cult curves. 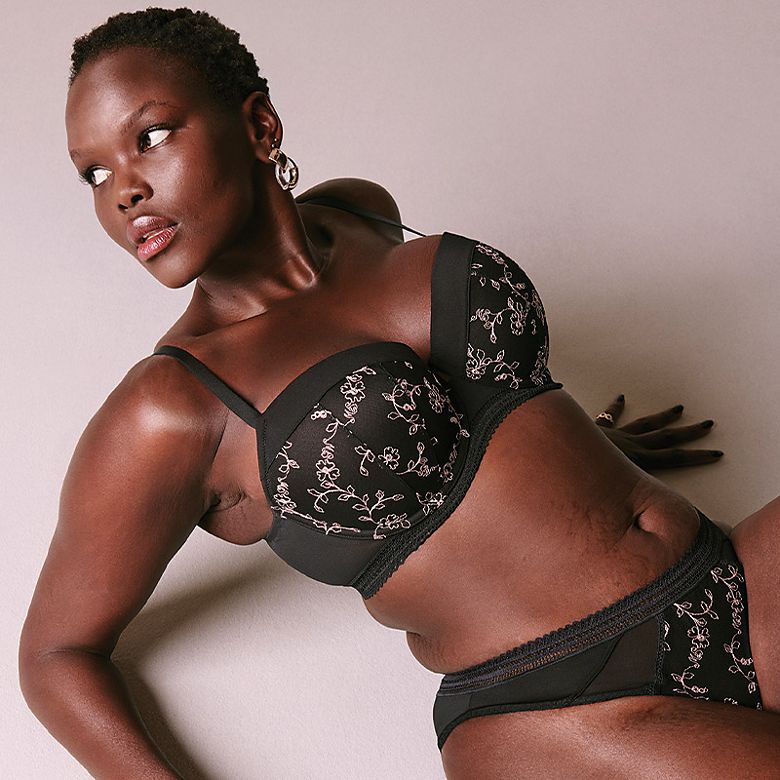 In the forties following the Second World War, inspired by Dior’s ‘New Look’ and styles emerging from the United States, women sought a more shapely aesthetic with cinched waists and a desire for a ‘round seat’, made possible by the power of shapewear. In 1947, M&S staged its first catwalk lingerie show, featuring corsetry, girdles and moulded-foam cups. New fabrics and technologies were constantly being developed and, in 1951, we introduced the original cup sizes – that’s small, medium, large – it wasn’t until 18 years later that A-H sizing replaced these.

In 1953, M&S was selling 125,000 bras each week. M&S designers took inspiration from American lingerie and used less boning for better comfort. In 1965, corsetry came into its own: ‘panty girdles’ were introduced for a smooth silhouette and ‘rounded rear’.

Shop shapewearThe five bras you should own

By the seventies, M&S staff were measuring customers’ bra sizes (under their coats on the shop floor) and, in 1974, the first halter-neck bra was introduced. It was the first M&S bra to sell one million pieces. Fortunately, today we offer both a discreet in-person bra fitting service and an online calculator for at-home measuring.

In the ‘Body Beautiful’ feature in St Michael’s magazine of 1977, the key styles included matching bra sets made with seamless cups and dainty lace. Fashion trends were really starting to filter through come 1987, from backless bras to sexy body suits reflecting the decade’s penchant for ‘power dressing’.

Over the decades, the M&S lingerie offering has increased rapidly and today spans award-winning innovations and bestselling designer collaborations, including with Rosie Huntington-Whiteley and Damaris. Specialist ranges have been created to ensure all bra-wearers are catered for, from the Angel first-bra range through to sports bras, maternity bras and post-surgery bras.

To mark our 95th anniversary, some of our archive styles have been redesigned with modern fits and finishes to bring them up to date. Featuring exquisite vintage-inspired details, the Archive Collection has styles to flatter every shape. So, are you ready to own a piece of design history?